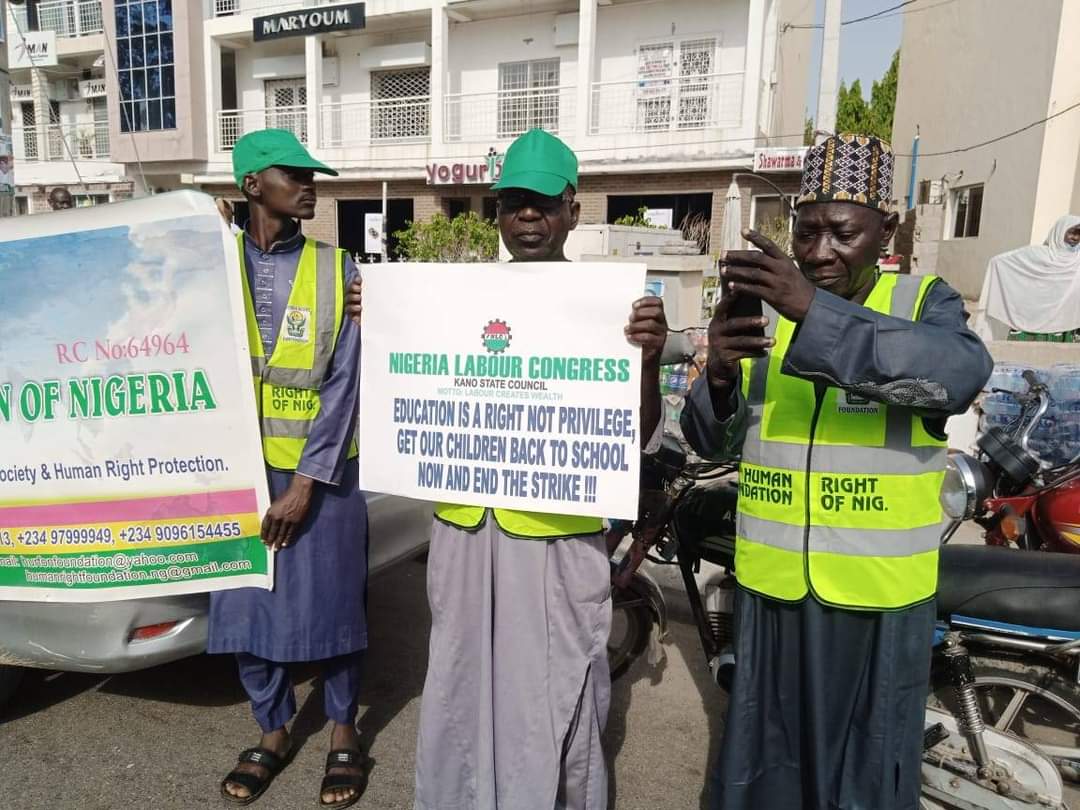 The Nigerian government may be planning to withdraw from future negotiations with university workers’ unions as the Minister of Education, Adamu Adamu, has tasked the individual university’s governing councils to “show commitment to ending the industrial dispute plaguing their universities.”

The minister made this disclosure on Tuesday during a meeting with the pro chancellors and vice-chancellors of federal government-owned universities.

The meeting, which was held at the headquarters of the National Universities Commission (NUC), in Abuja, Nigeria’s federal capital territory, was called by the minister to appraise the seven-month-old industrial action by the lecturers’ union.

Mr Adamu, however, reiterated the government’s position on the “no work, no pay” policy, saying that President Muhammadu Buhari’s administration will stick to what the law says on labour issues.

Mr Adamu, who said he received the news of the indefinite strike extension by ASUU with shock, added that the government is doing all it can to settle all disputes with the aggrieved workers.

He said: “To be frank with all the unions, especially with ASUU, one major issue over which government and the unions could not reach amicable agreement was the issue of the law on ‘No work, No pay’. In the spirit of sincerity, the Government made it clear that it would not break the law. And on this, I must openly and once again thank all the unions which made the sacrifice of understanding the position of the Government on the matter.”

The minister, who hinted at the possibility of the government shedding the responsibility of future negotiations with the unions, called on the university governing councils to be proactive in how to engage the unions and address issues frontally.

He said: “Not only is our interaction today necessary, but it is also urgent to clarify the misrepresentations and draw your attention to the facts which you, as managers of our universities, ought to know by virtue of your assigned duties. It is indeed one of your statutory duties to negotiate with your workers on matters of their welfare and conditions of service.

“As the most important officers in our university system, pro chancellors and vice-chancellors must demonstrate more commitment to ending the ongoing strike.

“As Chairmen of Councils and Senates –the highest policy and academic bodies in the system– you must consider it your paramount duty to promote policies and actions that will discourage industrial disputes on our campuses. Government will continue to support the physical and academic development of its universities. Government will continue to reasonably enhance the working conditions of all university staff, academic and non-teaching. The main challenge, as you are fully aware, is dwindling resources available to address all the concerns of the citizenry.”

The minister also referred to what he described as the position of the ASUU President, Emmanuel Osedeke, that his union will no longer negotiate with the government again.

On this, Mr Adamu said, the position of government and ASUU on future negotiations coincided.

However, he said ASUU and the government must continue negotiations until normalcy returns to the ivory towers and learning activities continue.

He said: “But for very different reasons, the current positions of the Government and ASUU on the future of negotiations seem to have coincided. For me, this is a position I would have wanted us to reach after an amicable resolution of all the issues contained in the 2009 Agreements. It appears that we are running ahead of the negotiations but not for the right reasons.

“The President of ASUU has been reported to have said the union would no longer negotiate with the current Federal Government. This position must be resisted. Government and ASUU have no option but to continue talking, until our universities have reopened their doors to students who, clearly, are the principal victims of the seemingly unending strikes. In the circumstances, therefore, all Councils and Senates of our universities are enjoined to rise up to their responsibilities.”

Mr Adamu also reeled out the four offers given to all the university-based unions which they all rejected.

Each of the concerned workers’ unions presented long lists of demands to the government. These include increase in salaries.

But the minister said President Muhammadu Buhari has warned against repeating the past mistakes of accepting to sign an agreement the government will not be unable to implement.

READ ALSO: No Work, No Pay: ASUU replies Osuntokun, others

He said doing so in the guise of resolving current challenges will only sow seeds for future disruptions.

As proposed to the striking unions, Mr Adamu said the government can only afford a 23.5 per cent salary increase for all categories of the workforce in federal universities, except for the professorial cadre which will enjoy a 35 per cent upward review.”

He said the government offered N150 billion and N50 billion for earned academic allowances, all to be included in the 2023 budget and paid to the institutions in the first quarter of the year.

He added: “Henceforth allowances that pertain to ad-hoc duties of the academic and non-academic staff shall be paid as at when due by the governing councils of universities to which such services are rendered and to the staff who perform them.

“The four university-based unions, in separate letters addressed to the Chairman of the Government Re-negotiating Team, rejected Government’s offer which they described as inadequate to meet their respective demands needed to tackle the challenges confronting the university system.”

The minister said the committee charged with harmonising the Integrated Personnel Payroll Information System (IPPIS) and the University Transparency and Accountability Solutions (UTAS) and University Peculiar Personnel and Payroll System (U3PS) would make its report public as soon as the process is concluded.

Meanwhile, the meeting has since gone into a closed-door session for interaction with the university administrators.

End In Sight For ASUU Strike As Federal...

Esports: how the struggling hospitality industry could capitalise...

Here are the 126 Illinois gamers headed to...