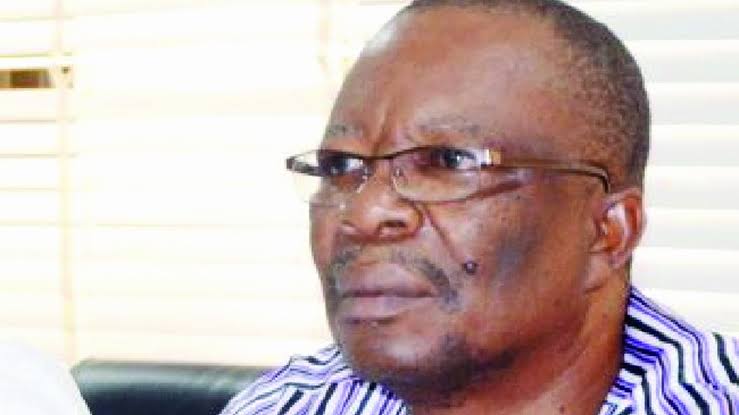 The federal government yesterday took a major step towards finally resolving its faceoff with the Academic Staff Union of Universities (ASUU) by setting up a tactical committee to review the no-work no-pay policy which the striking lecturers have kicked against.

The lecturers’ union insists that its members have to be paid for the period they were on strike before they return to work.

The setting up of the committee followed a meeting by the minister of education, Adamu Adamu, with pro-chancellors, chairmen of Councils as well as Vice Chancellors of universities.

The meeting held behind closed-doors was part of efforts to resolve the seven-month industrial action by lecturers of public universities.

The director press and public relations at the Federal Ministry of Education, Ben Goong, disclosed this to journalists after the meeting which lasted for over two hours.

He said the committee is to also look into issues of increase in the salaries of the university lecturers and come up with workable solutions.

The spokesman for the ministry did not give a specific timeline for the 14-man committee. He, however, said the committee is expected to come up with its findings in no distant time, and that its report will be forwarded to President Muhammadu Buhari for action.

The federal government help the meeting with vice chancellors and pro-chancellors of its universities in the renewed efforts to end the ongoing strike by ASUU.

After exhaustive deliberations, the stakeholders set up a committee to review the recent report of the Prof. Nimi Brigg’s Committee, which engaged ASUU on its demands from the government.

The minister of education, Malam Adamu Adamu, at the meeting, described the indefinite strike by ASUU as anguish and internal turmoil to him.

Adamu said he wanted the parties to reach an amicable resolution of all the issues contained in the 2009 agreements because the past two weeks had been a very dark period in the nation’s education sector.

The Briggs’ committee renegotiated the controversial 2009 agreement between the government and the university-based staff unions.

The unions include ASUU and the Senior Staff Association of Nigerian Universities, among others. The 14-man committee was composed of some pro-chancellors, vice-chancellors and other stakeholders.

The government had in March 2022 constituted a seven-man team, chaired by Briggs, to speedily bring to a conclusion all outstanding issues in the 2009 Agreement in order to achieve the desired industrial peace on the campuses but after over seven months, its engagement failed to yield result as the lecturers continued with the strike.

However, the spokesperson for the Federal Ministry of Education, Ben Goong, who briefed journalists after the meeting, said the committee would be chaired by Adamu.

He said Adamu inaugurated the 14-man committee to look into the recommendations on the resolution of the ASUU strike.

During his presentation, Adamu said he had been in a dark period of personal anguish and internal turmoil following the strike.

He stated that the main challenge in meeting ASUU’s demands had been the dwindling resources available to address all the concerns of the citizenry.

“For me, this is a position I would have wanted us to reach after an amicable resolution of all the issues contained in the 2009 Agreements. It appears that we are running ahead of the negotiations but not for the right reasons. The president of ASUU has been reported to have said the union would no longer negotiate with the current federal government.

“This position must be resisted. Government and ASUU have no option but to continue talking until our universities have reopened their doors to students, who clearly are the principal victims of the seemingly unending strikes. In the circumstances, therefore, all Councils and Senates of our universities are enjoined to rise up to their responsibilities.

“We must, together, continue to work to restore our public universities to where they were in the 60s and 70s. As the most important officers in our university system, pro-chancellors and vice-chancellors must demonstrate more commitment to ending the ongoing strike.

“As chairmen of councils and Senates – the highest policy and academic bodies in the system – you must consider it your paramount duty to promote policies and actions that will discourage industrial disputes in our campuses. Government will continue to support the physical and academic development of its universities.

“Government will continue to reasonably enhance the working conditions of all university staff, academic and non-teaching. The main challenge, as you are fully aware, is dwindling resources available to address all the concerns of the citizenry. We thank you for your support, understanding and sacrifices,” he said.

Adamu outlined the government’s efforts to resolve the industrial action embarked upon by ASUU on February 14, saying that the government had offered the union a 23.5 percent salary increase “for all categories of the workforce in federal universities, except for the professorial cadre which will enjoy a 35 percent upward review.”

He also said the government promised that a sum of N150 billion “shall be provided for in the 2023 budget as funds for the revitalisation of federal universities, to be disbursed to the institutions in the first quarter of the year.”

Meanwhile, the Nigerian Academics Peace-building Team which is made up of some former vice-chancellors and pro-chancellors, alongside senior academics in the university system, has pleaded with ASUU to accept some of the offers by the government and end the strike.

The academics, who stated this in a communique, called on the government and the union to find a common ground on the issues at stake.

It also said the deployment of a centralised payment platform for universities negates the principle of autonomy.

The communiqué reads in parts, “The struggle for university autonomy that formed the major point of dispute since 2003 has to be contextualised in conversation over the IPPIS or UTAS.

“A centralised payment platform for all federal universities fundamentally negates the principle of autonomy. Global best practice in general, and the law establishing the federal universities, vest the power over finances to the Governing Council with the Vice-Chancellor as Chief Accounting Officer.

“The centralisation of salary payment and approval of establishment figures and academic staff recruitment from the office of the Head of Service all negate the core principles on which university governance and administration are founded.

“We make bold to submit that these incursions/features hurt the Nigerian university system very badly.

“While the Federal Government and ASUU both agree that the funding to universities is inadequate, they differ radically on how to fund the shortfall. Both parties need to be very creative and demonstrate the resolve to solve the funding challenge. Government should explore and adopt blended financing options with a strong mix of tax credits for any actors that support tertiary education.

“This way, more money will flow into the system and the fear of education being priced out of the hands of the poor will be mitigated. ASUU’s hardline ideological stand on the matter of non-payment of tuition fees must be moderated to accommodate this possibility as long as the government puts in place the framework to accommodate intelligent but indigent students.

“For the government, it is a matter of political will, which, like many strategic decisions, will be painful at its introductory stage but will translate to long term gains. ASUU is correct in stating that the industrial dispute has lasted this long because the federal government has not shown sufficient commitment toward its resolution.”

Esports: how the struggling hospitality industry could capitalise...

Here are the 126 Illinois gamers headed to...