With the Nevada caucuses less than a week away, Democratic presidential candidates campaigning Sunday were fixated on a rival who wasn’t contesting the state.

Bernie Sanders, Joe Biden, Amy Klobuchar and Pete Buttigieg all targeted billionaire Mike Bloomberg, accusing him of buying his way into the election and making clear they were eager to take him on in a debate.

“He thinks he can buy this election,” Sanders said of the former New York mayor at a rally in Carson City, Nevada. “Well, I’ve got news for Mr. Bloomberg — the American people are sick and tired of billionaires buying elections!”


Their attacks are a sign of how seriously the field is starting to take Bloomberg as he gains traction in the race and is on the cusp of qualifying for Wednesday’s Democratic debate in Las Vegas. Bloomberg has bypassed the traditional early voting states including Nevada, focusing instead on the 14 states that vote in the Super Tuesday primary on March 3.

He has spent more than $417 million of his own multibillion-dollar fortune on advertising nationwide, an unprecedented sum for any candidate in a primary.

The focus on Bloomberg comes amid anxiety among many establishment-aligned Democrats over the early strength of Sanders, who won last week’s New Hampshire primary and essentially tied for first place in Iowa with Pete Buttigieg, the former mayor of South Bend, Indiana. 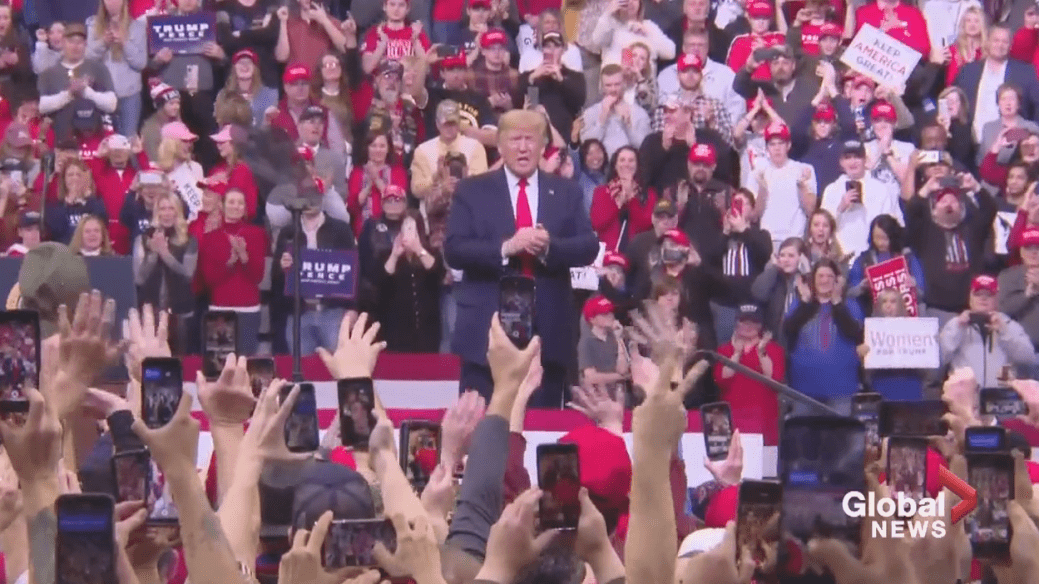 Sanders is hoping to notch a victory in Nevada on Saturday as moderates struggle to unite behind a candidate who could serve as a counter to the Vermont senator, who has long identified as a democratic socialist.

The hundreds of millions of dollars that Bloomberg has pumped into the Super Tuesday states has only heightened the sense of uncertainty surrounding the Democratic race.

At Sanders’ rally, the crowded cheered as the Vermont senator joked that Bloomberg is “struggling, he’s down to his last $60 billion” and derided him for skipping the early primary states.

It marked an escalation of the salvo Sanders launched Saturday against the former mayor, when he ticked off a litany of conservative positions Bloomberg has taken in the past, including opposing a minimum wage hike and his opposition to a number of Barack Obama’s policies while president.


On Saturday, Sanders suggested the former mayor’s past conservatism and controversial comments make him a weak candidate against President Donald Trump, charging that Bloomberg, “with all his money, will not create the kind of excitement and energy we need” to beat Trump.

And on Sunday, he was joined by the current mayor of New York, Bill de Blasio, who just this week endorsed Sanders. De Blasio introduced Sanders with an attack of his own on his predecessor, telling the crowd, “I’m sorry to report to you the chief proponent of stop and frisk is now running for president.”

Klobuchar, speaking on CBS’ “Face the Nation,” accused Bloomberg of avoiding scrutiny by blanketing the airwaves and sidestepping debates or tough televised interviews. 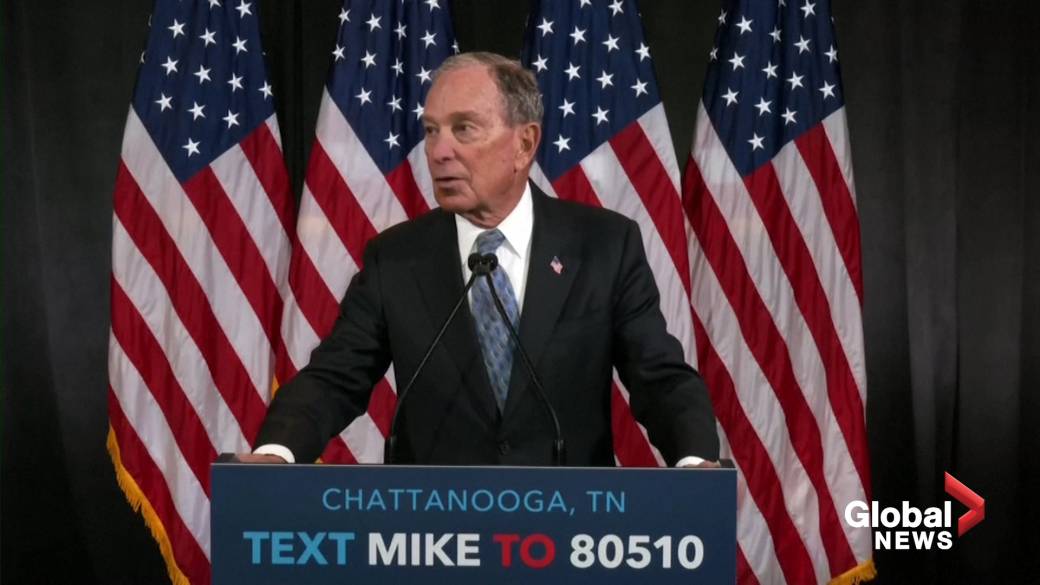 “I think he cannot hide behind the airwaves and the money,” she said. “I think he has to come on the shows. And I personally think he should be on the debate stage.”

Klobuchar said she’s raised $12 million since her better-than-expected finish in third place in New Hampshire. She’s maintained her campaign through a series of strong debate performances and argued that Bloomberg being on stage with his rivals would level the playing field.


Biden, speaking on NBC’s “Meet the Press,” suggested that Bloomberg will face increased scrutiny as the race continues, pointing to his record on issues relating to race.

“$60 billion can buy you a lot of advertising, but it can’t erase your record,” he said.

Biden knocked Bloomberg’s past support of stop-and-frisk policing policies and his comments suggesting cracking down on racist mortgage lending practices contributed to the financial crisis, as well as his 2008 refusal to endorse Barack Obama for president. Bloomberg has been airing ads that tie him closely to Obama on issues like gun control and climate change. 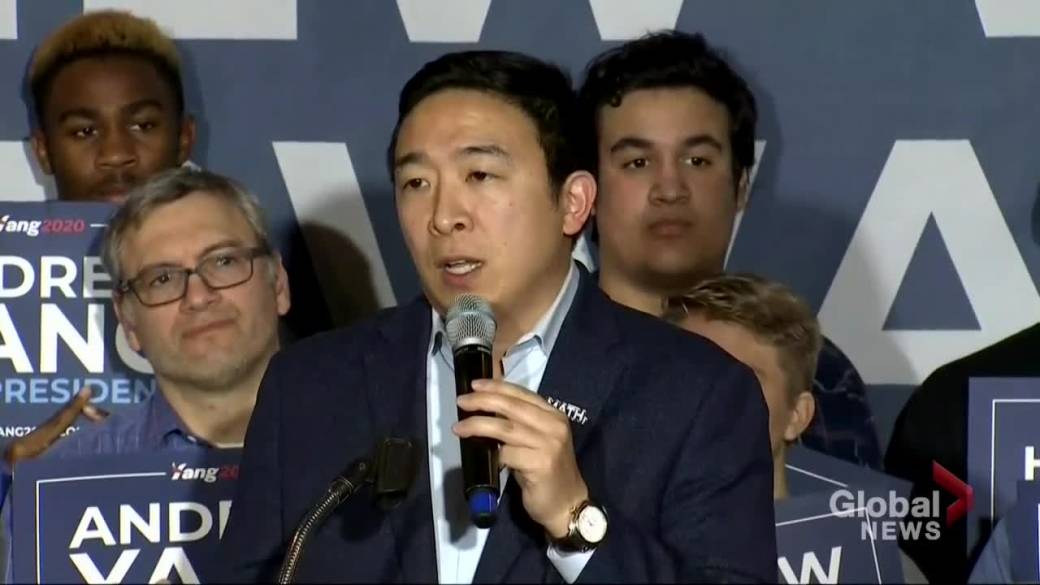 Buttigieg likened Bloomberg to Trump when asked about reports that Bloomberg made sexist comments towards women and fostered a culture of sexism at his company.

“I think he’s going to have to answer for that and speak to it,” Buttigieg said.

He later added: “Look, this is a time where voters are looking for a president who can lead us out of the days when it was just commonplace or accepted to have these kinds of sexist and discriminatory attitudes. Right now, this is our chance to do something different.”


But even as the front-running candidates kept one eye on their Super Tuesday showdown with Bloomberg, they also focused on the more immediate task of winning over minority voters, who will play a pivotal role in the contests in Nevada and South Carolina.

Biden reminded older parishioners at the First African Methodist Episcopal Church in North Las Vegas of 1960s television footage of black protesters in Birmingham, Alabama, being attacked by police dogs and sprayed with fire hoses on the orders of city official Bull Connor.

Biden said today’s racists are not “Bull Connors, not out in overalls. They’re wearing fine suits, and they’re living in the White House.” 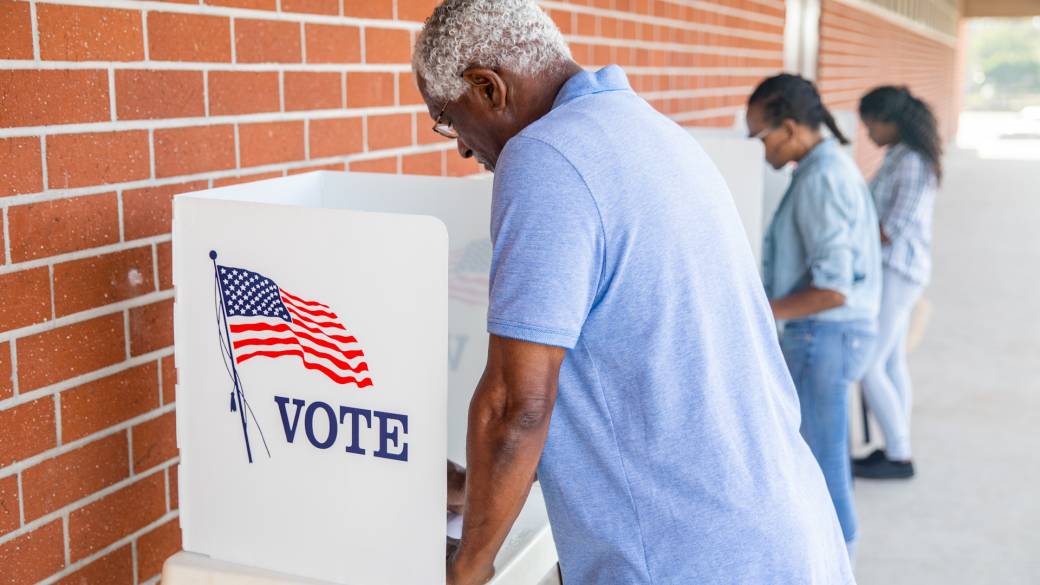 The former vice president is relying on his strength among black voters and an explicit appeal to Latinos and other minorities to deliver him a strong showing in the coming contests after posting disappointing finishes in Iowa and New Hampshire, which both feature electorates that are whiter on average than the national population.

Biden has been hammering home the need for any Democratic candidate to appeal to voters of color, repeating again Sunday that “there can be no Democratic nominee, none, without the voice of Latinos and African Americans being heard.”

Nevada and South Carolina are also a key test for Buttigieg and Klobuchar, who have thus far ridden on momentum from stronger-than-expected finishes in Iowa and New Hampshire, respectively, but have both faced questions about their appeal to minority voters.


On Sunday, when asked to name a mistake he had made as mayor, Buttigieg acknowledged that he failed to recognize the pain that his decisions made, particularly for communities of color.

“I was laser-focused on making sure we did the right thing legally … I didn’t always hear the voices who were talking about the story behind the story,” Buttigieg said. “I was a data guy.”

Later that day, at a luncheon for the Nevada Legislative Black Caucus, Buttigieg said he was proud of his work with black leaders in his city to deliver affordable housing and improve the black unemployment rate, but he said he was “humbled by the work left to do.”