New York state’s death toll from the coronavirus outbreak surged Sunday above 1,000, less than a month after the first case was detected in the state.

New York City reported in the evening that its toll had risen to 776.

The total number of statewide deaths isn’t expected to be released until Monday, but with at least 250 additional deaths recorded outside the city as of Sunday morning, the state’s total fatalities was at least 1,026.


The virus and the disease it causes, COVID-19, has torn through New York with frightening speed.

The first known infection in the state was discovered on March 1 in a health care worker who recently returned from Iran. Two days later, the state got its second case, a lawyer from the suburb of New Rochelle.

By March 10, Gov. Andrew Cuomo had declared a “containment area” in New Rochelle that shuttered area schools and houses of worship. That same day, the metropolitan area saw its first fatality: a man who worked at a harness track in Yonkers and lived in New Jersey. 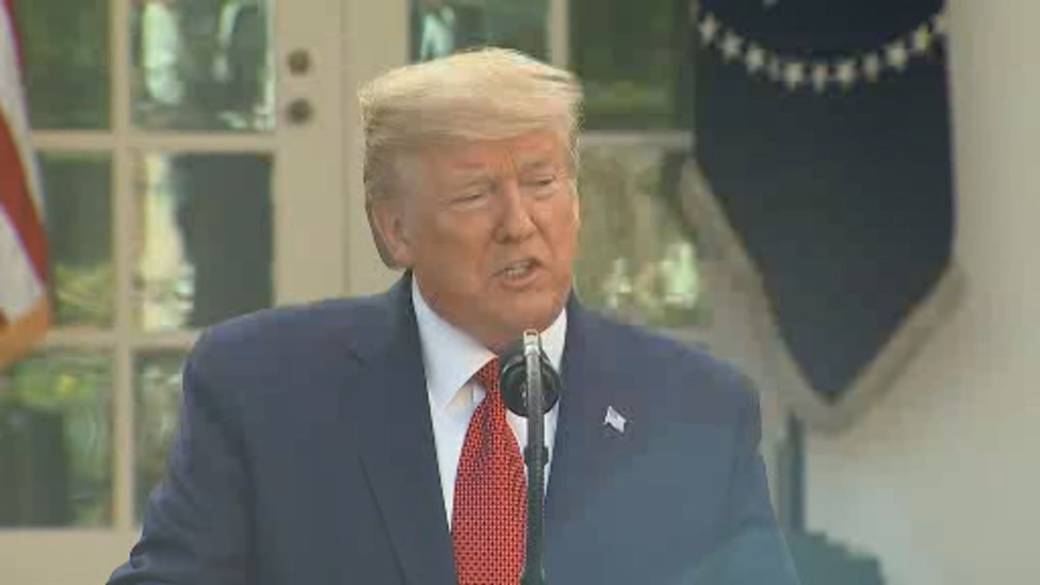 More severe restrictions came March 20, when Cuomo ordered all nonessential workers to stay home, barred gatherings of any size and instructed anyone out in public to stay at least 6 feet from other people. At the time, only 35 New Yorkers had been killed by the virus.

That was only nine days ago.


READ MORE:
Social distancing in the U.S. extended by a month as coronavirus spreads


Here are the latest coronavirus developments in New York:

New Yorkers are hearing a constant wail of sirens as weary ambulance crews respond to a record volume of 911 calls.

The city’s ambulances are responding to about 6,000 calls a day _ more than 50% more than average. Fire Commissioner Daniel Nigro said Sunday that the last five days have been the busiest stretch in the history of the city’s EMS operation. 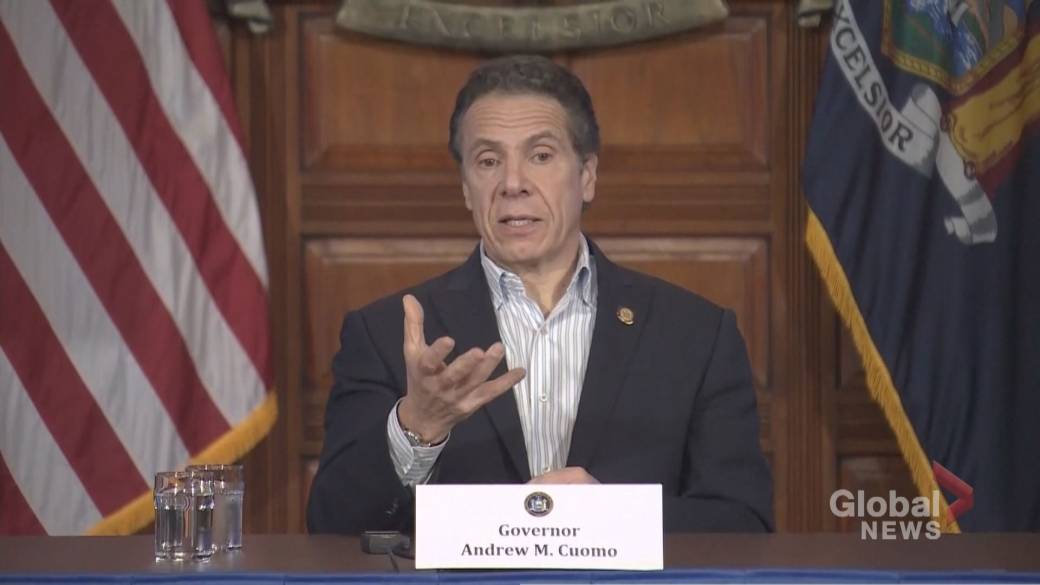 1:33Coronavirus outbreak: Cuomo says deaths from COVID-19 in New York could be in the thousands

Coronavirus outbreak: Cuomo says deaths from COVID-19 in New York could be in the thousands

“This is unprecedented,” de Blasio said. “We have never seen our EMS system get this many calls — ever.”

Nigro said the surge is delaying responses to lower-level calls. De Blasio said the city is planning to shift personnel onto EMS crews to help keep up with demand.

MAYOR: DAYS BEFORE SUPPLIES RUN OUT

De Blasio said he has asked the federal government to deliver 400 more ventilators to city hospitals by Wednesday and warned that without reinforcements the city will run out of masks, gowns and other hospital supplies in a week.

With the expected peak of cases in the city still two to three weeks away, de Blasio said he has asked the U.S. military to aid in sending needs new waves of doctors, nurses and other medical personnel to the city.


Cuomo said Sunday that more than 76,000 health professionals, including many who’ve recently retired from the field, have volunteered to help in the coronavirus fight.

The USNS Comfort, a Navy hospital ship with 1,000 beds, 12 operating rooms and a full medical staff, is scheduled to arrive in the city on Monday. It will be used to treat non-coronavirus patients to free up space in city hospitals..

A 68-bed field hospital is being built in Manhattan’s Central Park. Samaritan’s Purse, a charity run by Christian evangelical preacher Franklin Graham, built a similar temporary facility in Italy to help deal with the crisis there. He said the New York City version could be up and running Tuesday. 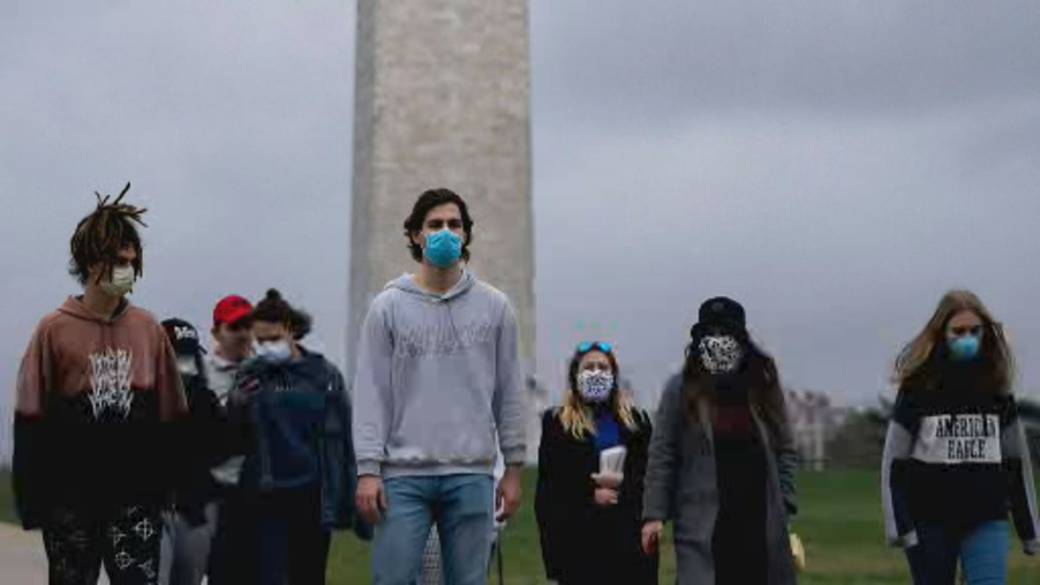 Coronavirus is overwhelming some of New York City’s poorest neighbourhoods, according to new data released by the city.

Queens accounts for 32 oer cent of the city’s more than 30,000 confirmed cases as of Saturday — more than any other borough.

Neighbourhoods such as Jackson Heights, Elmhurst and Corona, which are generally poor, densely packed and have large non-English speaking populations, have been among the hardest hit, according to a city map showing per cent ranges of people testing positive for the disease. In those areas, between 69 per cent and 86 per cent of the tests done have come back positive.


A hospital in Elmhurst has been overrun with coronavirus cases.

Statistics on coronavirus cases do not reflect everyone who may have the virus, because many people have been told to manage their illness at home and are not getting tested.

The number of patients being discharged at the state’s hospitals after they’ve been treated for coronavirus has increased daily to a high of 845 on Saturday, Cuomo said. In all, more than 3,500 people have been discharged.

They include a lawyer from the New York City suburbs connected to one of the earliest U.S. coronavirus clusters. Lawrence Garbuz’s family and neighbour were infected, as well as members of his synagogue.

“The `patient zero’ — what we call patient zero in Westchester, New Rochelle — who was very sick for a very long time, he has actually gone home,” Cuomo said Sunday. “He’s out of the hospital.” 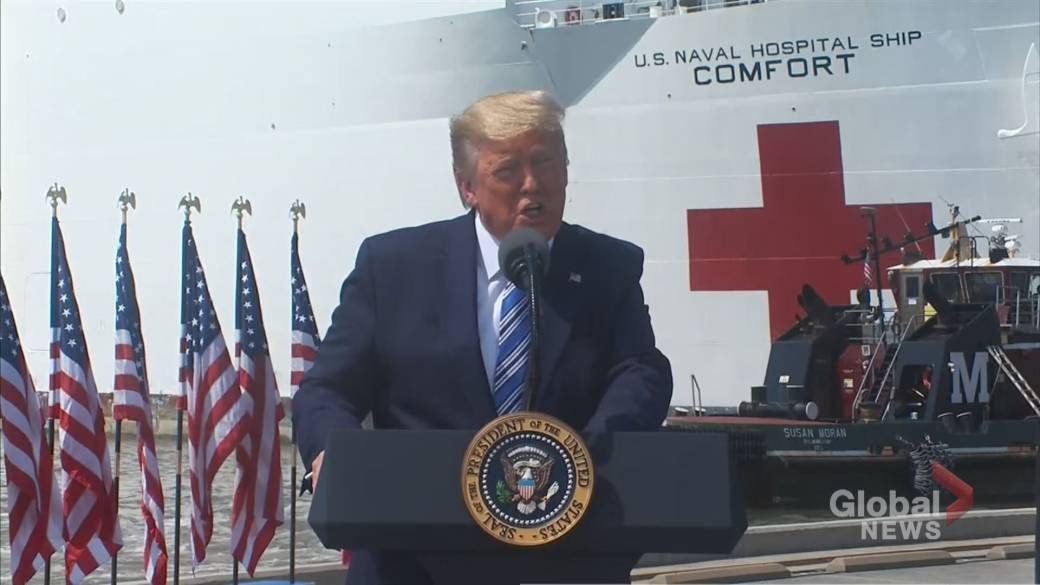 As of Sunday, more than 8,500 people remain hospitalized across the state because of the disease, including more than 2,000 in intensive care.

Those totals are continuing to spike, but Cuomo said they’re not multiplying nearly as quickly as they were last week. From March 16-19, the number of hospitalizations in the state doubled every two days. Now it’s taking about six days for the number to double.

Cuomo spoke with Senate Minority Leader Chuck Schumer and House Speaker Nancy Pelosi on Sunday after lambasting the federal government for giving the state a fraction of needed funding as it faces a potential revenue shortfall of up to $15 billion due to the economic damaged caused by the virus.


“They committed to right the wrong in the next federal bill that passes, and the governor is committed to working with them to make that a reality,” Cuomo senior adviser Richard Azzoparadi told The Associated Press.

On Saturday, after saying he was weighing the idea of a mandatory quarantine for New York, New Jersey and Connecticut, President Donald Trump tweeted that instead he’d issue advisory urging people in those states to avoid any nonessential travel for two weeks.


READ MORE:
Coronavirus: Developing a rapid COVID-19 test is in the works in Canada, globally


De Blasio said he worried about the advisory’s impact on families with members in New York and other places who were looking to reunite.

“We’ve got to respect, in the middle of a crisis, families have a right to be together,” de Blasio said.