Femi Falana, a human rights lawyer and Senior Advocate of Nigeria, has written to the Attorney General of the Federation, Abubakar Malami, requesting the immediate arrest and prosecution of 10 soldiers who allegedly killed three policemen and two civilians.

The 10 officers were recently charged by the police alongside the suspected kidnap kingpin, Hamisu Bala, popularly called Wadume, who was arrested in Taraba.

The case was later transferred to the office of the attorney general.

Justice Binta Nyako of the Federal High Court had ordered the Chief of Army Staff, Tukur Buratai, to release the army officers for prosecution.

The federal government however arraigned Mr Wadume and six other defendants on 13 counts bordering on terrorism while excluding the soldiers.

In a letter dated June 15, Mr Falana accused the attorney general of trying to shield the 10 military personnel who were allegedly complicit in the murder.

Citing the order by the federal high court mandating Mr Buratai, the Army chief to produce the officers, Mr Falana also attached a certified true copy of the court order.

“Instead of using your position as the Chief Law Officer of the Federation to ensure compliance with the court order in line with the provisions of section 287 of the Constitution of Nigeria your office took over the case from the police prosecutor, amended the charge and withdrew the case against the suspects. “In view of the gravity of the 16-count charge of terrorism, murder and kidnapping pending in court against the 20 suspects you will agree with us that the withdrawal of the case against the alleged 10 killer-soldiers is not in consonance with section 174 of the Constitution which provides for the take over and withdrawal of pending criminal case “in the public interest, the interest of justice and the need to prevent abuse of legal process,” he wrote.

“Stemming from the foregoing, we hereby request immediate compliance with the valid and subsisting order of the Federal High Court, Abuja Judicial Division by ensuring that the suspects who are at large are produced by the Chief of Army Staff or whoever has their custody so that they can be arraigned and tried in accordance with the law.”

He said if the request failed within seven days of the receipt of the letter, there will be no hesitation to take appropriate action in order to ensure the slain police officers and civilians do not die in vain.

Mr Falana, in his letter, said the request of the police investigation team to interrogate the 10 soldiers, who were indicted in the killing of the three policemen and two civilians, as well as the kidnap of members of the public in Taraba State, was turned down by the Army authorities.

“However, the alleged kidnap kingpin was rearrested by the Police. In the course of his investigation, the suspect gave details of the criminal activities perpetrated by him with the connivance of a number of soldiers and policemen,” he said.

The police officers were on an operation to arrest a suspected kidnap kingpin in a remote settlement in Taraba State. After apprehending the suspect, Hamisu Bala, aka Wadume, officers handcuffed him and drove him towards Jalingo, the state capital, the police said. 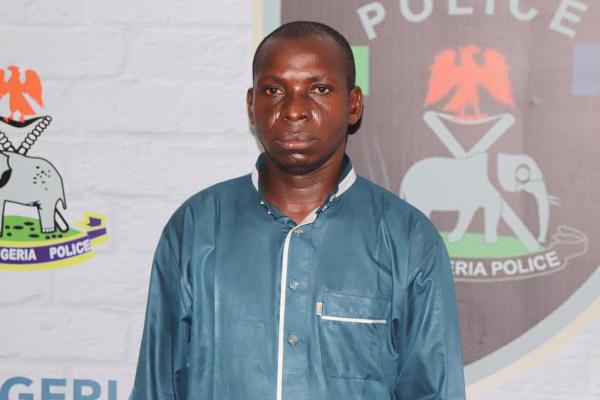 But between Ibi and Wukari communities, the police team of 10 persons came under fire from soldiers. Three officers and a civilian were killed in the process, while several others were injured.

The soldiers then freed the handcuffed suspect, police spokesperson Frank Mba said, when he first made the development public.

Army spokesperson Sagir Musa admitted soldiers from 93 Battalion were responsible for the tragedy.

He, however, blamed it on poor communication on the part of the police, saying the officers were mistaken for kidnappers.

The army also claimed that villagers made a panic call to soldiers that kidnappers had come to operate in their community, leading to the pursuit that ended in the killing of three police officers.