By Lisa Baumann The Associated Press

One person was killed and another was in critical condition in a pre-dawn shooting in Seattle‘s protest zone, authorities said Saturday.

The shooting happened at about 3 a.m. in the area near downtown known as CHOP, which stands for “Capitol Hill Occupied Protest” zone, police said in a statement on Twitter.

Seattle Police Sgt. Lauren Truscott told The Seattle Times that she didn’t know whether police had taken anyone into custody and that she had no immediate details about how the shooting unfolded.

Investigators were reviewing public-source video and body-camera video for clues and authorities planned to disclose more information about the shooting later, Truscott said.


READ MORE:
Q and A: What’s next for Seattle protesters’ ‘autonomous zone’?


Two males with gunshot wounds arrived in a private vehicle at Harborview Medical Center at about 3 a.m., said hospital spokesperson Susan Gregg. One died and the other one was in critical condition in the intensive care unit.

Protesters have cordoned off several blocks near a police station in Seattle’s Capitol Hill neighbourhood in the wake of demonstrations against police violence since the police killing of George Floyd in Minneapolis several weeks ago. 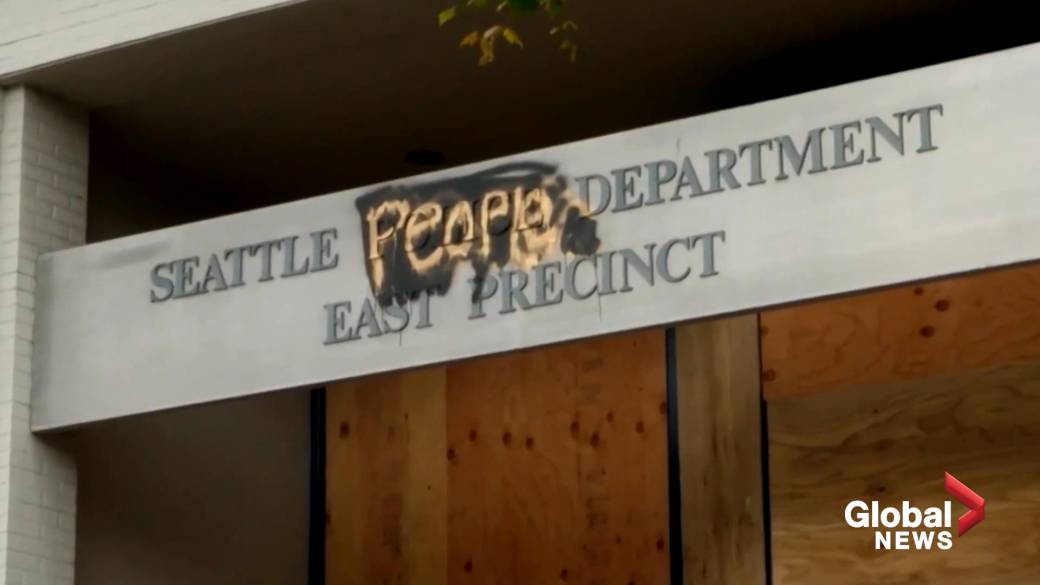 Police have largely retreated from the zone after clashes with protesters ended with people throwing things at police and police tear gassing people and using other crowd control munitions. City officials have said they are still communicating with protest leaders, who had pledged to keep the peace in the zone.

The situation has drawn the continued ire of U.S. President Donald Trump. His tweets about possibly sending in the military have been met with condemnation from Seattle Mayor Jenny Durkan and Gov. Jay Inslee, both Democrats.

Quarantined athletes, limited fans: How the Olympics may go on during coronavirus pandemic – National – 9jabase