Protesters toppled the only statue of a Confederate general in the nation’s capital and set it on fire on Juneteenth, the day marking the end of slavery in the United States, amid continuing anti-racism demonstrations following the killing of George Floyd in Minneapolis.

Cheering demonstrators jumped up and down as the 3.4-metre statue of Albert Pike — wrapped with chains — wobbled on its high granite pedestal before falling backward, landing in a pile of dust. Protesters then set a bonfire and stood around it in a circle as the statue burned, chanting, “No justice, no peace!” and “No racist police!”

Eyewitness accounts and videos posted on social media indicated that police were on the scene but didn’t intervene. President Donald Trump quickly tweeted about the toppling, calling out D.C. Mayor Muriel Bowser and writing: “The DC police are not doing their job as they watched a statue be ripped down and burn. These people should be immediately arrested. A disgrace to our Country!”


READ MORE:
Trump ‘will not even consider’ removing names of Confederate leaders from U.S. bases


Jubilant protesters read out Trump’s tweet over a bullhorn and cheered. After the statue fell, most protesters returned peacefully to Lafayette Park near the White House.

The Pike statue has been a source of controversy over the years. The former Confederate general was also a longtime influential leader of the Freemasons, who revere Pike and who paid for the statue. Pike’s body is interred at the D.C. headquarters of the Scottish Rite of Freemasonry, which also contains a small museum in his honour.

The statue, dedicated in 1901, was located in Judiciary Square about half a mile from the U.S. Capitol. It was built at the request of Masons who successfully lobbied Congress to grant them land for the statue as long as Pike would be depicted in civilian, not military, clothing.

Racial tensions in the country hit a boiling point and spilled into the streets after Floyd’s killing late last month. Video showed a white police officer pressing his knee against Floyd’s neck for nearly eight minutes as the handcuffed Black man said, “I can’t breathe.” The officer, Derek Chauvin, has been charged with murder. 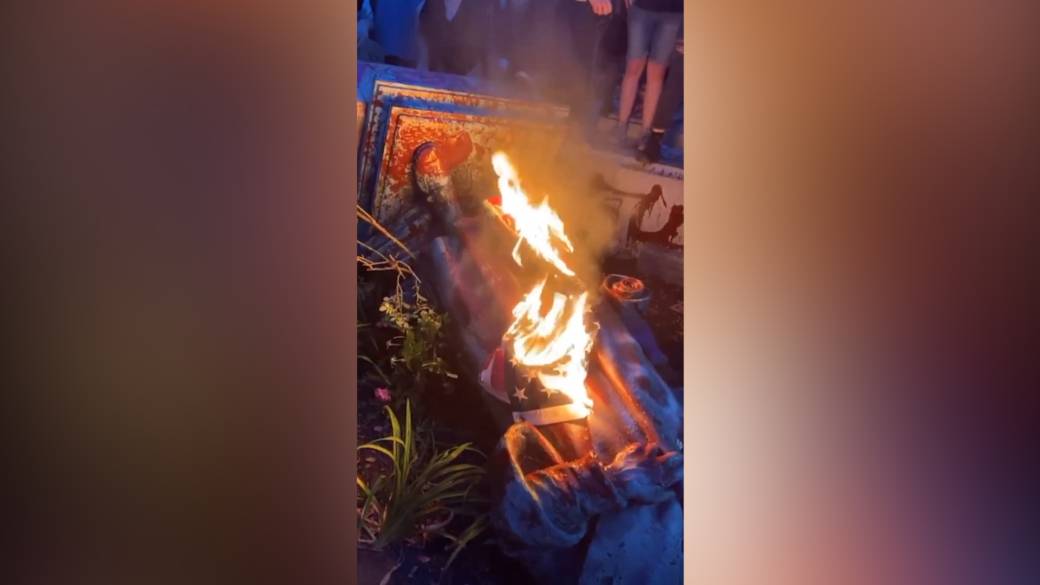 Civil rights activists and some local government officials in D.C. had campaigned for years to get the statue taken down but needed the federal government’s approval to do so.

“Ever since 1992, members of the DC Council have been calling on the federal gov’t to remove the statue of Confederate Albert Pike (a federal memorial on federal land). We unanimously renewed our call to Congress to remove it in 2017,” the D.C. Council tweeted Friday.

A proposed resolution calling for the removal of the statue referred to Pike as a “chief founder of the post-Civil War Ku Klux Klan.” The Klan connection is a frequent accusation from Pike’s critics and one which the Masons dispute.

Quarantined athletes, limited fans: How the Olympics may go on during coronavirus pandemic – National – 9jabase