We know what’s coming. Things are going to get much worse.

The United States is now trapped in a horrible waiting game, with only one possible outcome.

This American nightmare — a situation guaranteed to spiral downward in the weeks ahead — cannot be changed or undone.

It’s now only a question of how many bad days lie ahead.

The pandemic has been left to run wild in the United States, with no coordinated federal strategy. Add to that a raging a battle between science and politics, and the consequences are entirely predictable.

“I’m incredibly worried,” said Dr. Kavita Patel, an expert in health policy at the Brookings Institution. “We will not have to wait for a second wave. This will just continue to burn away for the rest of the year,” she said.

We know that the worst outcomes of COVID-19, for those who will suffer them, show up in the weeks after a positive diagnosis.

That means each coming day will bring more death, and more hospitalization, than the one before it, along with more loss and economic despair. 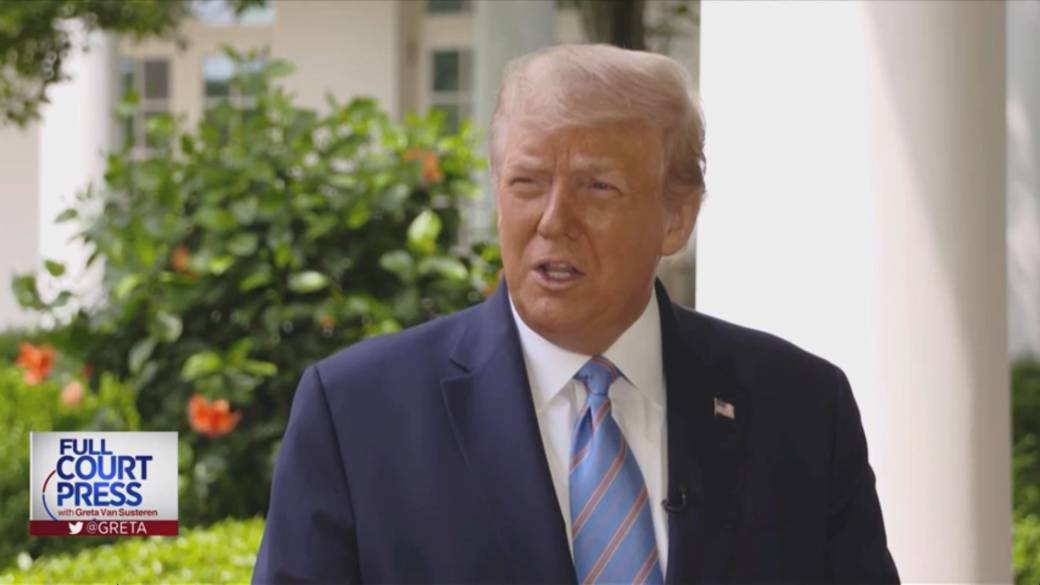 As cases rise, businesses are starting to shut their doors for a second time, which means unemployment numbers will continue their steady climb.

It seems increasingly unrealistic to think that schools will be able to reopen in a meaningful way in many parts of the country, despite pressure from President Donald Trump to do so — there are simply too many unknowns: What impacts will children face if they contract the virus? Will they spread it to their parents and teachers?

On the front lines of the economy, the most vulnerable, and the lowest paid, will continue to face a choice between work and exposure, at a time when the virus is more rampant, in more places, than at any previous point.

The cycles of poverty and generational pain that were already dauntingly inescapable will only grow deeper as a result, broadening existing racial inequities.

“All of those things are colliding and they collide even more among the groups who are disadvantaged socially and economically in association with and because of their race and ethnicity,” said Dr. Jewel Mullen, the associate dean for health equity at Dell Medical School.

It is a downward spiral, felt in every corner of the country. The case numbers at the heart of it are the result of decisions and indecision from weeks ago. The rest of the awfulness flows from that. There is no magic off-switch. Even if the entire country locked down tomorrow, it would be too late to stop what’s coming.

The cake, as they say, is already baked.

“I don’t see how these numbers go down on their own,” said Dr. Peter Hotez, dean of Baylor College of Medicine. “With this kind of virus, it takes very pragmatic, not ideologically driven, straightforward leadership to say, ‘OK, this is what we’ve got to do.’”

From the White House, to the house up the street, too many Americans have rejected the measures it would take to reign in the virus, like face masks.

There was a rush to return to the bars and restaurants, as too few understood that a little virus anywhere risked turning into virus everywhere.

“We reopened too soon without the safety precautions in place that directly went against the White House’s own guidelines for reopening,” said Dr. Leana Wen, former health commissioner for the City of Baltimore.

In places like Florida, Arizona, Texas and California, the virus has surged to record levels day after day, and now it’s happening in other states, too. 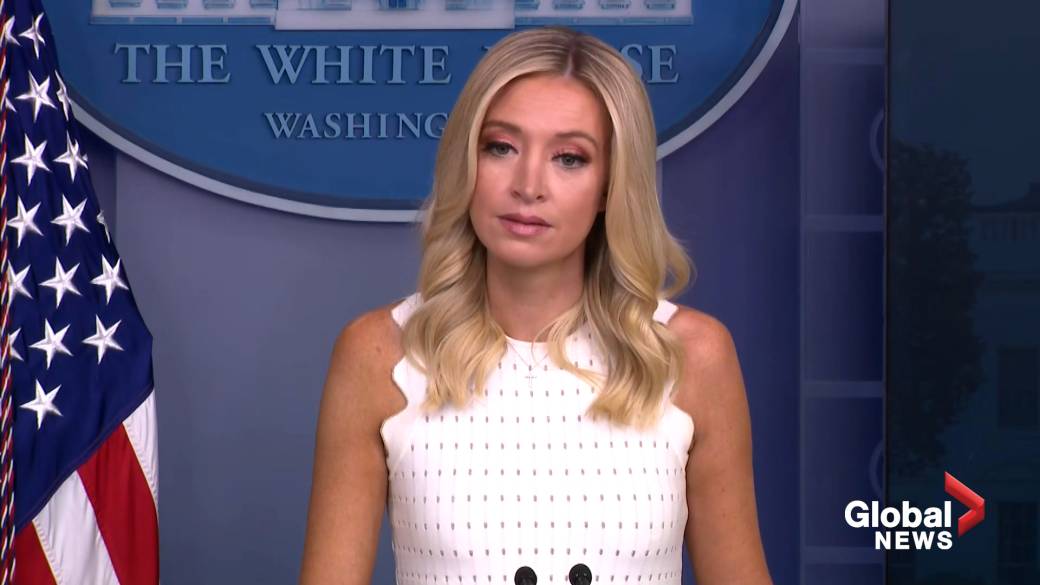 We know what happens next, because we’ve seen it before.

Soon the sickest of those people will start turning up in hospitals. As the number of sick grows larger, beds and ventilators will run short. Health care workers will fall ill, too.

Weeks after that, some of the infected will succumb directly or indirectly to the disease.

The number of deaths will climb, as it has already started to. As we saw first in New York, and now in Houston, people will die at home before they can ever receive treatment. People will avoid going to hospitals for non-coronavirus illness, and some of them will die too.

Many of those who survive will face life-altering trauma — both physical, and emotional — the full scope of which is only starting to be understood. Brain damage, reduced lung capacity and other long-term deficits are being discovered.

All of these things have already started happening in states where cases have recently started to surge.

They’re the echo of new cases diagnosed three and four weeks ago, when far fewer people had contracted COVID-19.

There are one million more cases in the United States today than there were just one month ago.

There is now so much virus circulating in some counties, that testing only captures a fraction of the true cases. By all estimates, America’s three million officially recorded cases is a drastic undercount.

As cases have surged, demand for COVID-19 testing has skyrocketed. In some places, the wait for test results is now so long that by the time people find out whether they’re contagious, they’ve spread the virus to too many people to contact trace and notify, allowing the cycle of infection to continue. 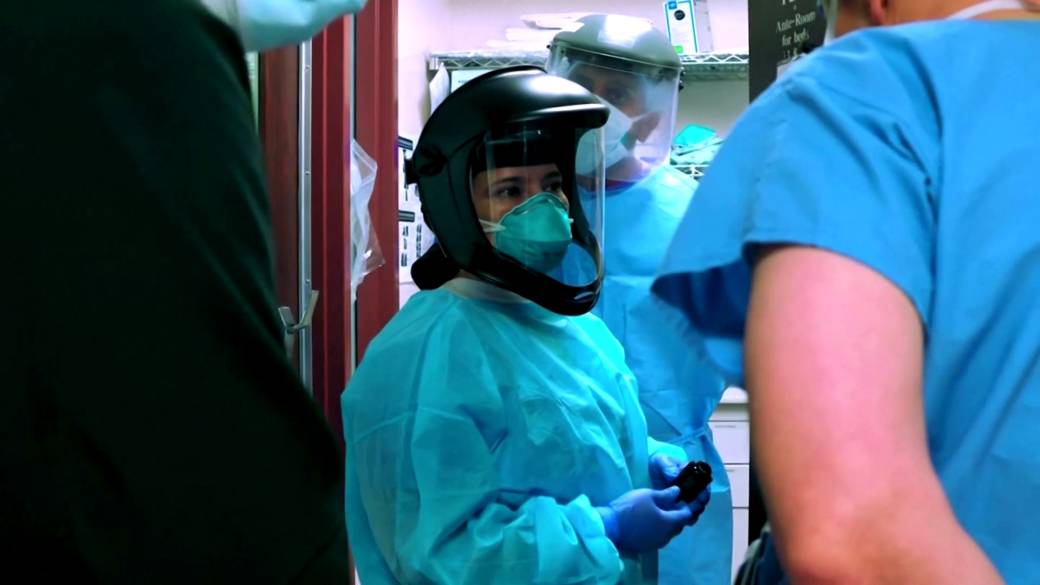 The case numbers are still climbing, while America waits for the consequences of those infections to work their way through an already overtaxed system.

In places that have already been through the worst, like New York, or Washington, D.C., there’s an equally awful wait for the pendulum to swing back.

The virus is slowly being re-seeded in areas that have already fought this battle once before. Communities across the U.S. have watched as people who’ve vacationed in a hard-hit area bring the virus back home, starting fresh outbreaks.

Forty-one states are seeing their case numbers increase, so it seems to be only a matter of time before much of America is confronted with one of two choices: an unmanageable surge in cases, or a return of restrictions on daily life.

In the parts of the country that are not currently considered hot spots, Americans may have just a few short weeks until they’re confronted with one, or both, of those realities for a second time.

READ MORE: U.S. formally withdraws from WHO as coronavirus cases continue to spike

It’s not hard to imagine cities rolling back the clock on re-opening partially or entirely, in fact, it has already started to happen. New York has backed-off plans to resume indoor dining.

“We need to be hitting pause on reopening, and very carefully thinking about our priorities,” Dr. Wen said.

The worst is likely yet to come for the economy, too.

United Airlines has warned 36,000 workers may be laid off in the coming months — a preview of how mass layoffs are moving from short-term to permanent. There are predictions of an apocalypse in commercial and retail real estate as bankruptcies and work-from-home change the landscape. 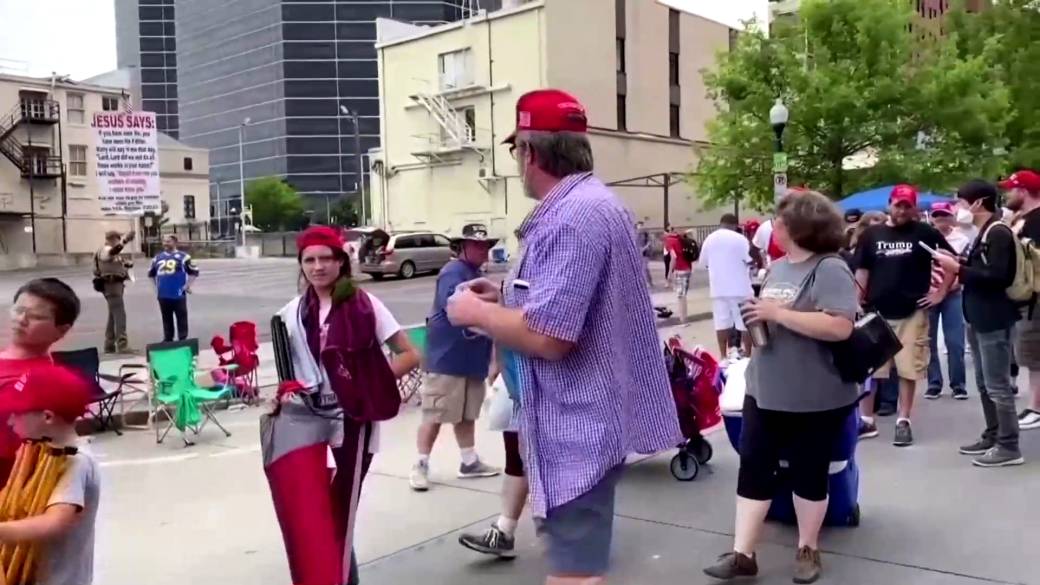 The idea that things will get worse with this pandemic is not unique to America. Every country risks facing a second wave or a sudden flare-up, and the consequences that come from that.

What is distinctive in the U.S. response is that the country isn’t even trying to contain the virus, despite having the wealth, resources and a world-leading infectious disease agency at its disposal.

Instead, NBC News has reported that the White House is exploring a different tactic: telling Americans to live with it. Live with the virus. Live with each day being worse than the one that proceeded it.

For the experts, and for the average American, it’s increasingly difficult to understand what a way out of this looks like.

Even if an effective vaccine were developed tomorrow, an alarmingly high number of people would refuse to accept it, undoing its potential benefits. Even if millions more contract the virus, the U.S. is nowhere close to approaching herd immunity.

“There’s still a lot of people that have not gotten sick yet,” said Dr. Suzanne Judd, of the University of Alabama at Birmingham. “So we don’t have general immunity to this by any means.”

Yet America is pressing forward with reckless abandon. The re-opening continues. The response to the rate of infection and death has been slow.

Texas conceded that it was time for a mask mandate, after breaking record after record for daily infections.

Florida has so far rejected any such measure, leaving it up to individual cities to do what they feel they need to.

“I’m afraid that as a result of this, we’re going to go through even more pain and suffering,” Dr. Wen said.

In the United States, there’s no consensus about how to respond to the coronavirus pandemic, even if everyone understands where the country is headed.

Blues singer Lady A responds to name lawsuit: ‘I am not going to be erased’ - National