The Inspector General of Police, Muhammed Adamu, has ordered the withdrawal of mobile police personnel attached to the Economic and Financial Crimes Commission, (EFCC), PREMIUM TIMES has learnt, effectively taking over security at the EFCC.

Mobile police officers usually serve as security officials at EFCC buildings and facilities and also as security cover for EFCC operatives when they go for arrests of suspects.

According to a top official at the police headquarters, who asked not to be named as he was not authorised to speak to journalists, all mobile police officers otherwise known as MOPOL attached to the EFCC were ordered to be withdrawn with immediate effect.

PREMIUM TIMES learnt that that order, issued on Friday, has been complied with.

The source said new mobile police officers have been deployed to the commission.

“All mobile police personnel attached to the EFCC have been withdrawn with new police personnel deployed to the commission on the orders from the AIG in charge of Mobile Police in Abuja,” the source told PREMIUM TIMES on Friday, saying a signal to that effect was sent by the AIG MOPOL to all heads of mobile police units across the country.

PREMIUM TIMES also learnt from multiple police and EFCC sources that as from Monday “only staff of the EFCC would be allowed into the EFCC buildings” based on Mr Adamu’s directive.

That means visitors, including journalists, complainants and suspects, would not be allowed into the commission’s headquarters in Abuja, as well as other EFCC offices, unless otherwise approved by Mr Adamu.

Efforts to reach the spokesperson to the EFCC, Dele Oyewale, for comments were unsuccessful as his known phone number was switched off.

Also, Frank Mba, the police spokesperson, did not respond to calls and a message sent to his line by this reporter.

Meanwhile, two separate EFCC officials who did not want their names in print complained to PREMIUM TIMES about the development.

“This development would only make the IG of police determine who comes in and out of the EFCC,” one of the officials lamented. “Are they turning the EFCC to a unit of the police.”

PREMIUM TIMES learnt that before now, police officers are deployed to the EFCC based on the request of the commission’s chairman. While at the commission, the officers obey the directives of the EFCC chairman or anyone he delegates.

“But what the IG is doing now is different,” one senior EFCC official said. “He is taking advantage of the Magu situation to control the EFCC.”

He is being probed by a presidential panel headed by a retired appeal court judge, Ayo Salami, over allegations of corruption and insurbodination.

The allegations were levelled against him by the Attorney-General of the Federation, Abubakar Malami. He specifically accused Mr Magu of insubordination and re-looting of recovered funds. 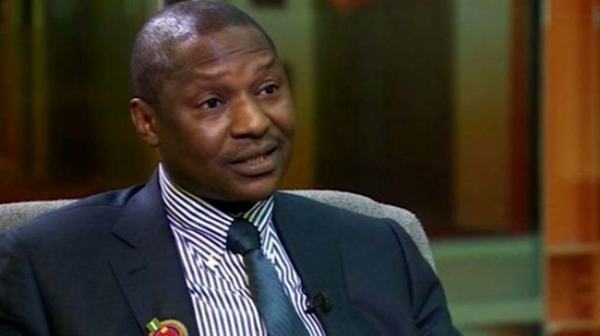 Mr Magu is still being detained while the panel investigating allegations against him sits.

PREMIUM TIMES earlier reported how the police security officials around Mr Magu and his family were withdrawn Friday night. The police are yet to give any reason for that action.

Coronavirus and use of wet wipes blocking sewers, leading to challenges at treatment plants - National - 9jabase