Warning: This article may be triggering for some readers. Please read at your own discretion.

Johnny Depp said in a London court on Friday that his marriage to ex-wife Amber Heard broke down for good after an incident in which feces were found in their bed following a party.

“I thought that was an oddly fitting end to the relationship,” the 57-year-old actor said. 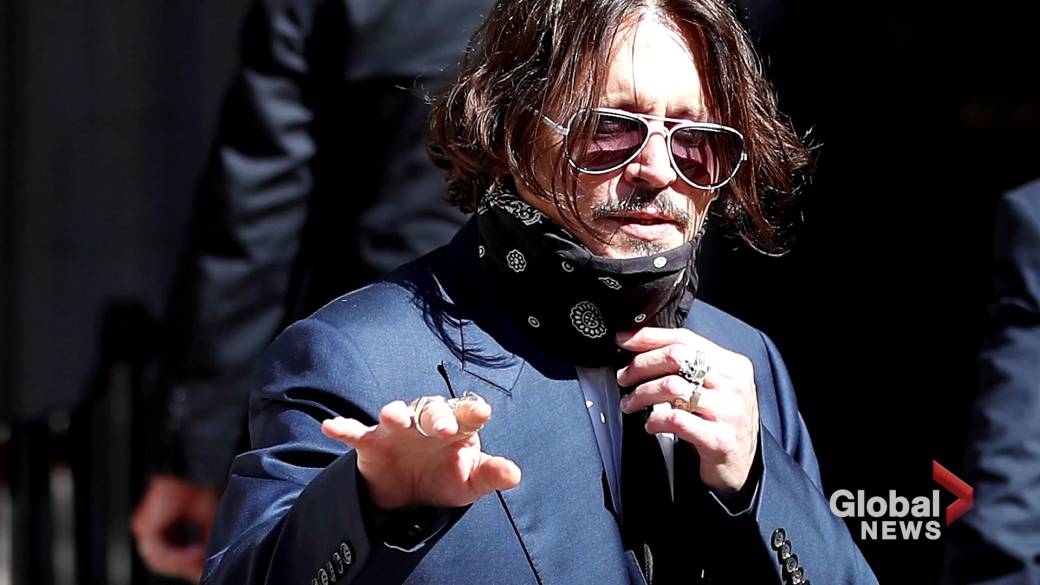 Depp was wrapping up his evidence in his libel case against the Sun’s publisher, News Group Newspapers, and its executive editor, Dan Wootton, over an April 2018 article headlined “Potty — How can JK Rowling be ‘genuinely happy’ casting wife beater Johnny Depp in the new Fantastic Beasts film?”

During the three and a half days in the High Court witness box, Depp described a volatile relationship with Heard that descended into screaming matches, which sometimes turned physical. But he has strongly denied hitting Heard and accused her of compiling a dossier of fake claims against him as an “insurance policy.”

He said that one of the triggering incidents for the couple’s separation came when a cleaner found feces in a bed at their Los Angeles penthouse the morning after Heard’s 30th birthday party in April 2016.

Heard claims that they fought after the party and Depp threw a magnum wine bottle at her, but he denies her claims.

She blamed the defecation incident on one of their Yorkshire terriers, but Depp believed a person had done it.

“It was not left by a three- or four-pound dog. I was convinced that it was either Ms. Heard herself or one of her cohorts involved in leaving human feces on the bed,” Depp told the court. 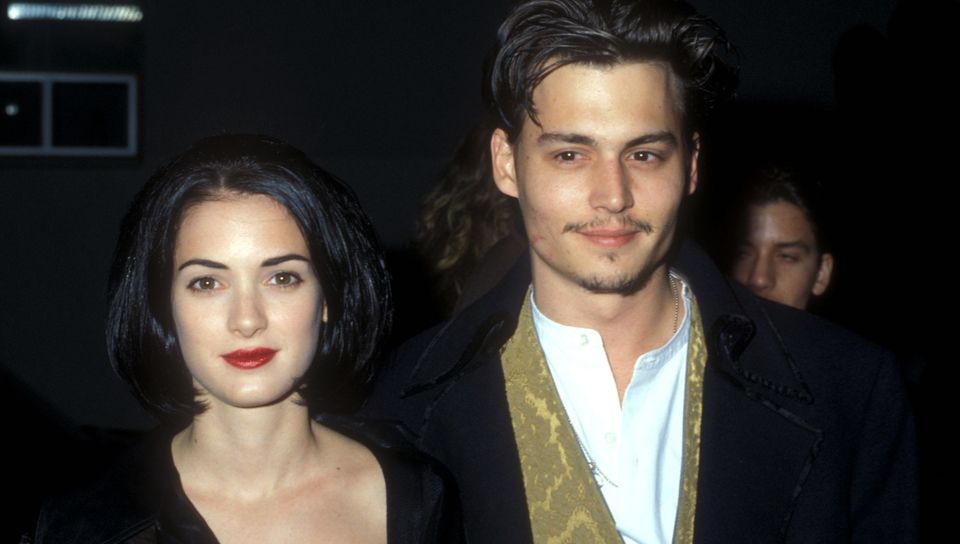 He said that after that incident, he realized that their marriage could not be saved.

“I wanted nothing to do with her,” Depp added.

The court heard a text message Depp sent to Heard after their separation in which he sent “all my love and regrets … I wish you nothing but good.”

“That is what I felt,” the actor admitted. “I didn’t think there needed to be any poison at the time, because the bad part was over, which was the relationship, and now we just had to finish it.”

Depp said that by June 2016, he had become “quite bitter” because he felt he was being publicly depicted as “a wife beater.”

The Public Enemies actor said that Hear’s claims he abused her turned him from “Cinderella to Quasimodo” in the public eye.

“I went, if you’ll forgive the analogy, from Cinderella to Quasimodo in 0.6 seconds and I was without a voice,” Depp said.

In July 2016, Depp wrote in a text to an associate that his ex-wife was “begging for total global humiliation … She’s gonna get it.”

The Sun’s defence relies on a total of 14 allegations by Heard of Depp’s violence between 2013 and 2016, in settings including his private island in the Bahamas, a rented house in Australia and a private jet. He strongly denies all of them. 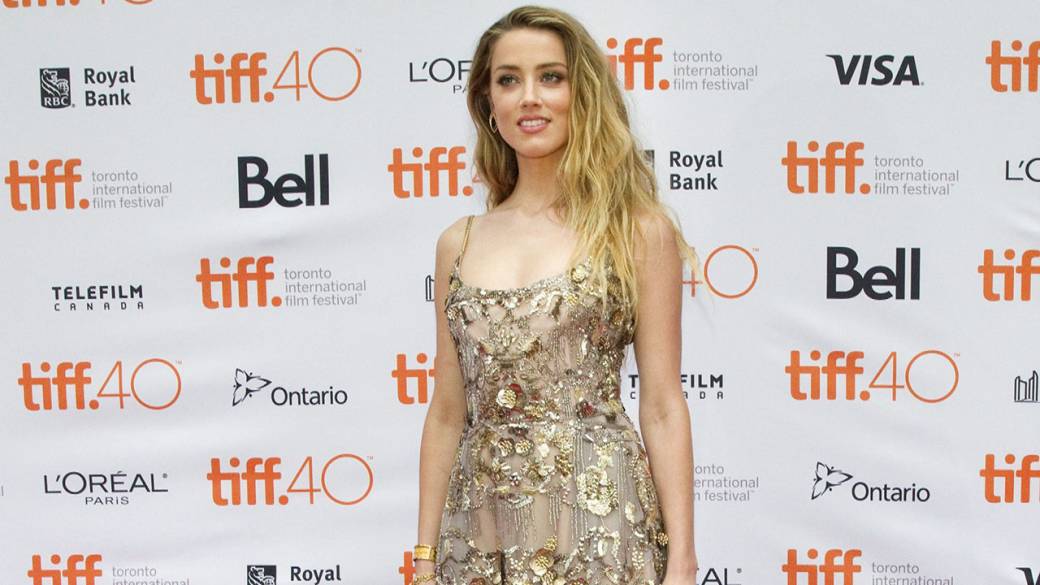 While under cross-examination by the Sun’s lawyer, Sasha Wass, Depp described a tumultuous relationship with Heard during a period when he was trying to kick drugs and alcohol and sometimes lapsing.

He said he told Heard several times that they were “a crime scene waiting to happen.” But he denied being violent.

The Sun’s lawyer alleged that during a fight at the L.A. penthouse in December 2015, Depp, in “an uncontrollable rage,” trashed Heard’s wardrobe, threw a decanter at her, slapped her, pulled her by the hair and head-butted her, causing two black eyes.

Depp claimed Heard was the aggressor and he had only tried to restrain her “to stop her flailing and punching me.” He said he might have headbutted her, but only by accident, and denied causing any injuries.

The Blow actor also rejected Heard’s claim that he subjected her to a “three-day ordeal of assaults” in March 2015 in Australia, where Depp was appearing as Capt. Jack Sparrow in the fifth Pirates of the Caribbean film.

He agreed that they had an altercation, which ended with their house being trashed and Depp’s fingertip being severed to the bone.

Depp accuses Heard of cutting off his fingertip by throwing a vodka bottle at him. She denies being in the room when the digit was severed.

Depp has admitted in court that he may have done things he can’t remember while he was under the influence of alcohol and drugs. But he denied he could have been physically abusive and not remember it.

“There were blackouts, sure, but in any blackout there are snippets of memory,” Depp said.

A short section of Friday’s hearing, which related to allegations of sexual violence, was heard in private after the judge agreed to a request by the Sun’s lawyers. 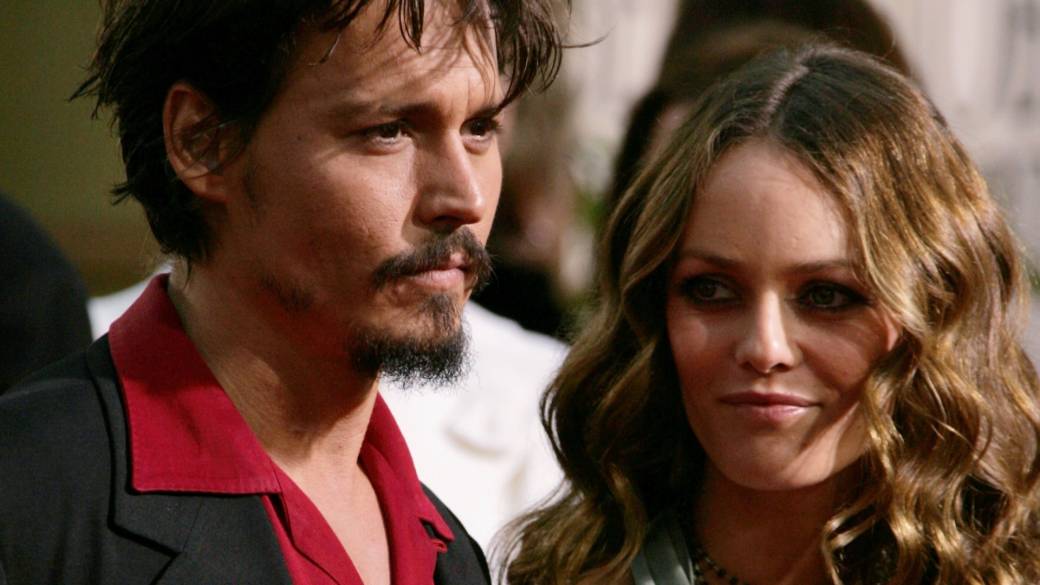 0:46Vanessa Paradis, Johnny Depp’s ex, says he is not physically abusive in a handwritten letter

Vanessa Paradis, Johnny Depp’s ex, says he is not physically abusive in a handwritten letter

Four days after filing for divorce, Heard requested a temporary domestic violence restraining order against Depp, which the judge granted after she submitted multiple photos as evidence of alleged assault, one of which purportedly shows the actress with what appears to be a bruise on her right eye. She claimed the incident took place on May 21, less than 48 hours before she filed.

In March 2019, Depp sued Heard in a US$50-million defamation lawsuit, citing a piece she wrote for the Washington Post about domestic abuse.

The complaint said that while Depp was not named in the Post article, it was clear Heard was talking about him. The lawsuit called her ongoing allegations of domestic abuse “categorically and demonstrably false.”

“They were part of an elaborate hoax to generate positive publicity for Ms. Heard and advance her career,” the lawsuit said, claiming: “She is the perpetrator.”

The suit said Depp has suffered financial losses because of the accusations, including being dropped from his role as Capt. Jack Sparrow in the Pirates of the Caribbean films.

In her article, published in the Post in December 2018, Heard also said she lost an acting role and a contract with a major fashion brand because she went public with her claims of abuse. 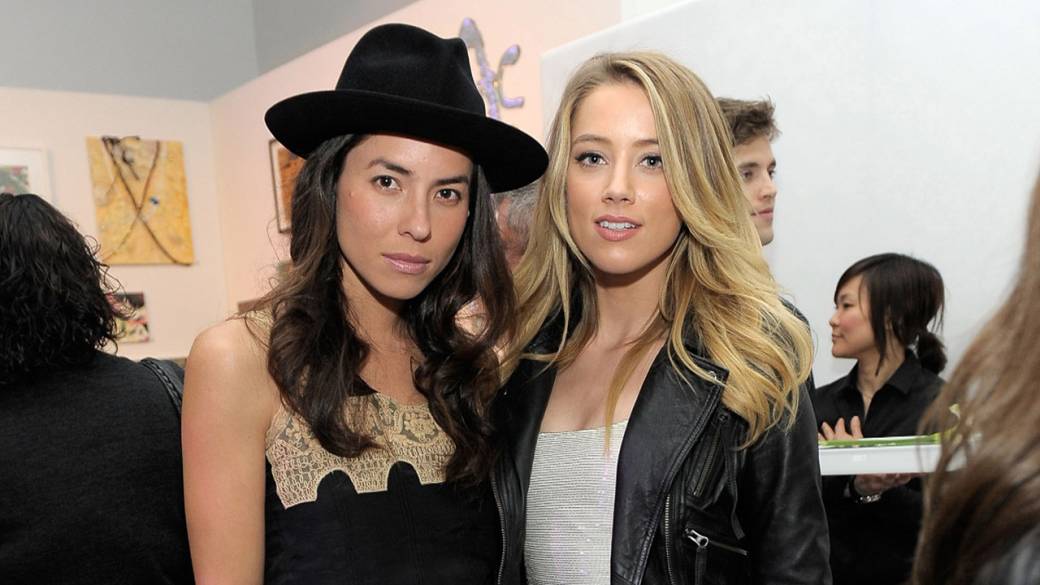 0:38Amber Heard once arrested for violence against girlfriend in 2009

Amber Heard once arrested for violence against girlfriend in 2009

“I spoke up against sexual violence — and faced our culture’s wrath,” Heard wrote, adding that she felt as though she was “on trial in the court of public opinion.”

Heard asked a judge to dismiss the defamation lawsuit in April 2019.

While neither Heard nor Depp is on trial, the case is a showdown between the former spouses, who accuse each other of being controlling, violent and deceitful during their tempestuous marriage.

Heard is attending the three-week trial and is scheduled to give evidence next week.

Depp’s $50-million lawsuit is due to be heard next year.

If you or someone you know is in crisis and needs help, resources are available. In case of an emergency, please call 911 for immediate help.

Are you or someone you know experiencing abuse? Visit the Department of Justice’s Victim Services Directory for a list of support services in your area.

Women, trans and non-binary people can find an additional list of resources here.