The suspended boss of the anti-graft agency, EFCC, Ibrahim Magu, has asked the Inspector-General of Police (IGP), Mohammed Adamu, to release him from detention even as his probe continues.

Mr Magu has been in detention since his arrest on Monday over alleged corruption and insubordination.

In a letter sent to the IGP by his lawyer, Oluwatosin Ojaomo, on Friday, he requested to be released on bail “on self-recognisance.”

He is being probed by a presidential panel headed by a retired appeal court judge, Ayo Salami, over allegations of corruption and insurbodination.

The allegations were levelled against him by AGF Abubakar Malami. He specifically accused Mr Magu of insubordination and re-looting of recovered funds.

Mr Magu is still being detained while the panel investigating allegations against him sits. 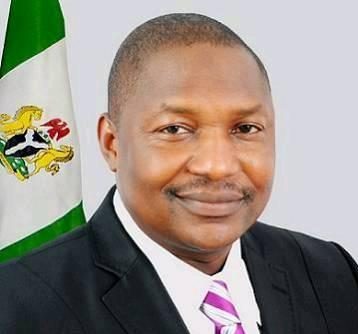 However, in the letter dated July 10, copied President Buhari and the chairman of the panel, Mr Ojaoma said Mr Magu is entitled to bail as all allegations levelled against him “were bailable.” He requested his client be formally charged if found culpable.

Mr Ojaoma also pledged to provide a credible surety who will ensure Mr Magu is available any time he is needed during the investigation.

“Finally, if our application for bail on self-recognisance is not acceptable, we are ready to provide a credible surety that will ensure the availability of our client anytime he is needed for the purpose of this investigation,” the letter partly reads.

Coronavirus and use of wet wipes blocking sewers, leading to challenges at treatment plants - National - 9jabase