Many of Naya Rivera‘s former Glee co-stars and other celebrities have shared messages and prayers after the actor went missing on Wednesday in a Southern California lake while boating with her four-year-old son.

Rivera, 33, disappeared after renting a pontoon boat for three hours on Wednesday afternoon and taking it out on Lake Piru in Ventura County, the sheriff’s office said Thursday.

The lake, an hour’s drive from Los Angeles, was searched by dozens of people, most of them divers, with help from helicopters, drones and all-terrain vehicles. The search to recover Rivera’s body continued into the night Thursday before ending for that day.

Authorities planned on Friday to renew the search for the Glee star, who is believed to have drowned in Lake Piru.

The area where the boat was found is about 30 feet (nine metres) deep. Murky waters heavy with plants made it difficult for divers to see more than about a foot ahead of them, Sgt. Kevin Donoghue said Thursday.

“If the body is entangled on something beneath the water, it may never come back up,” Donoghue said.

Rivera played Santana Lopez, a singing cheerleader, in 113 episodes of the musical-comedy Glee, which aired on Fox from 2009 until 2015.

Heather Morris, who played Brittany S. Pierce on the musical-comedy series, told E! News that she hopes “the rescuers will bring Naya home.”

“It’s so hard to wrap your head around something unknown,” Morris said. “I’m holding on to hope that the rescuers will bring Naya home in a swift and speedy recovery. I know she would remind me in moments like this that God has a plan for everything, and although we may not know (what) that plan is, we need to keep our chin up and stay strong.” 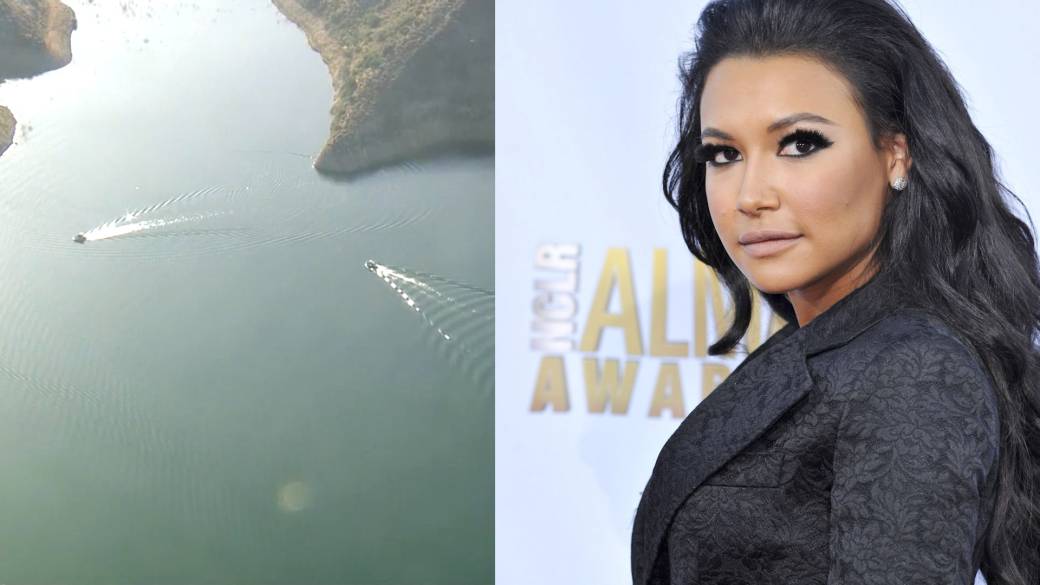 Her Glee co-stars took to Twitter once news of Rivera’s disappearance spread.

love and hug on the people you can, while you can. I love you. Everyone please send out your prayers.

I love her. I love you. Holding you tight. 🙏

Naya we just talked on my birthday I love you.

Read more:
Naya Rivera reveals she had an abortion while on ‘Glee’

Leah Remini, who worked with Rivera on the film Mad Families, said: “Just heartbreaking. Had the pleasure of working with Naya and although the job wasn’t the most pleasurable, she made it so.

“She made me laugh on days I didn’t want to laugh, she reminded me to be appreciative of the work and the fun we were having just sitting around with each other. Praying for her, her little boy, her family.”

Demi Lovato tweeted Thursday: “I don’t tweet often but sometimes my tweets come true so, together let’s manifest on twitter that Naya will be found safe and sound!! Come on y’all! Let’s put this energy out there: they will find her healthy and alive!!”

I don’t tweet often but sometimes my tweets come true so, together let’s manifest on twitter that Naya will be found safe and sound!! Come on y’all! Let’s put this energy out there: they will find her healthy and alive!! 🙏🏼🙏🏼🙏🏼

Many other celebrities tweeted about the disappearance of Rivera.

Waking up to Naya Rivera missing is an absolute tragedy. Praying for her safety🙏🏽🙏🏽 So absolutely heartbreaking thinking of her 4 year old. #FindNaya

Praying for Naya Rivera and her family. Can’t stop thinking of her poor son.

I’ve not yet said anything about the Naya Rivera situation because I literally just haven’t had the words. Such a heartbreaking situation, and I’m thinking of her family and her gorgeous little son. A small part of me, perhaps naively, thinks she’ll be OK. So so upsetting

The story about @NayaRivera is the most horrifying thing I have read about in a while. My heart goes out to her family. What a terrible trauma….

Prayers up for the lovely Naya Rivera. 🙏🙏

We starred alongside one another in her first very television series, The Royal Family, and I’ve watched her career blossom ever since. Please God, don’t cut this life short. pic.twitter.com/8fRDuuh3oK

I am in complete disbelief and shock right now as I post this. I still can’t believe what I’m hearing and hoping it isn’t true. I’m just sad. @nayarivera was one of the first people I had the honor of working with. Refuse to believe this is true. :( pic.twitter.com/4oD33fMuCT

Surveillance video taken at about 1 p.m. Wednesday shows Rivera and her son, Josey Hollis Dorsey, leaving on the rented boat. 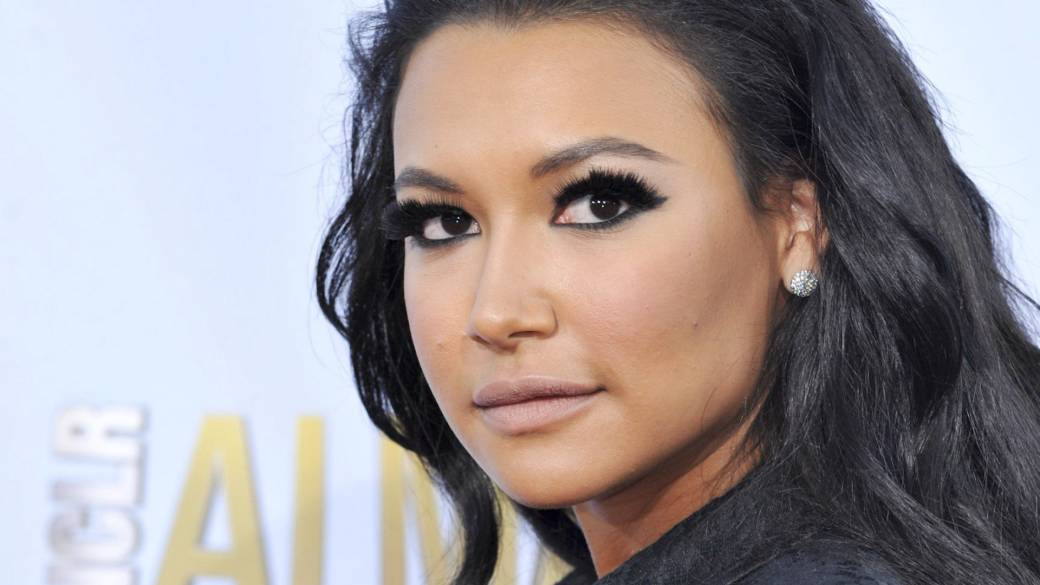 When the boat failed to return, its vendor found the vessel drifting in the northern end of the lake late Wednesday afternoon with the boy asleep on board. He told investigators that he and his mother had been swimming and he got back into the boat but she didn’t, according to a sheriff’s office statement.

The boy was wearing a life-vest and another life-jacket was found in the boat, along with Rivera’s purse and identification.

Rivera is believed to have drowned “in what appears to be a tragic accident,” the statement said.

“The child said they went swimming but the mother didn’t get back on the boat,” Ventura County Sheriff’s Office Capt. Eric Buschow said during a news conference on Wednesday. He said the child had on a life-jacket and that an adult life-jacket was found on the boat.

“He’s in good health,” Buschow told the Los Angeles Times of Rivera’s son at the time. “The family is going through a very traumatic time right now.

“We’re going on the belief that she did go in the water and we have not been able to locate her. So this may well be a case of drowning.” 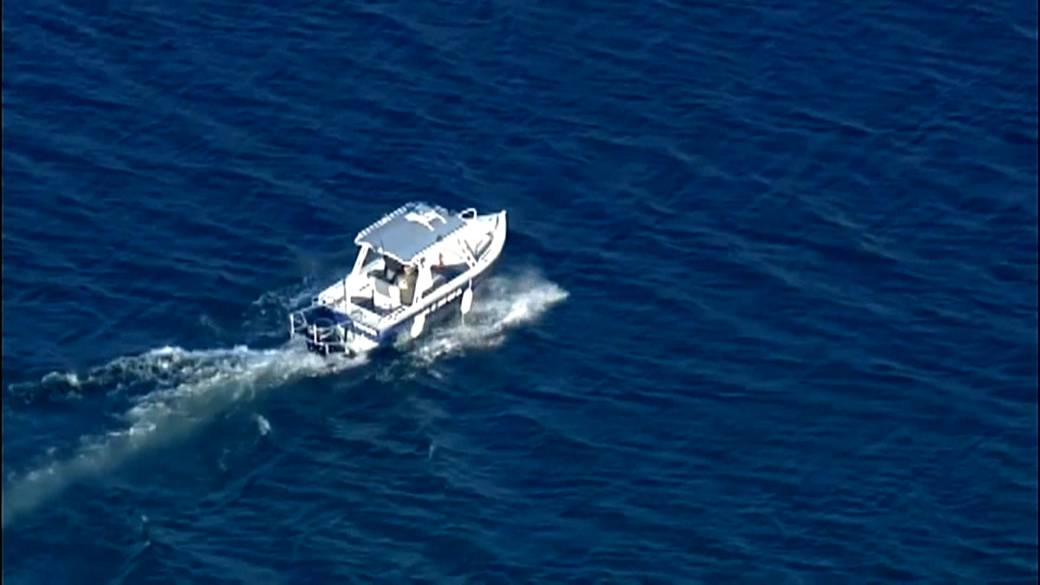 Fox LA reported that Rivera’s car was found near the lake.

“The child was found asleep on the boat. Their vehicle, a black Mercedes G Wagon found in the parking lot with her purse inside,” reporter Stephanie Stanton tweeted.

Rivera’s four-year-old son is from her marriage with actor Ryan Dorsey. The couple finalized their divorce in June 2018 after nearly four years together.

She called her young son “my greatest success, and I will never do any better than him” in her 2016 memoir Sorry Not Sorry.